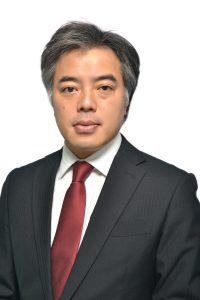 It is noteworthy that risks of water hazards such as huge tsunami, torrential downpour by climate change and storm surge by huge typhoon at coastal areas are increasing in recent years. Coastal protections by breakwaters and levees started from when the Coast Act was enforced in 1956. The purpose of this protection act until 2011 is to prevent the inundation to the hinterland against the tsunami, storm surge and so on. However, after the Great East Japan Earthquake 2011, the concept of protection is shifted from “prevention of tsunami and storm surge at coastline” to “allowance of overflow beyond the certain height”. Also, the Flood Control Act shifted their perception of water hazards from “preventing inundation by protective facilities” to “the inundation which cannot be prevented by facilities will be occurred”, so the Act is partly revised in 2017.
These shifts become turning-points for the civil design at the hinter area, because the urban planning does not consider the situation that the town is flooded until 2011, but from now on, it must be considered at the urban planning. Furthermore, not only the civil design but also human behavior needs to change. Current technology cannot predict when inundation begins and whether protective facilities are collapsed or not certainly, so it cannot be judged whether people need to evacuate or not. Therefore, the evacuation plan against such kind of natural hazards needs to shift more flexible and more proper.
The urban planning which combines structural and non­structural measure has just begun. Its method and technique are still getting discussed, so it is important to establishment of such kind of technique. . To realize that, “tool” assisting people who are involved to consider based on a common understanding is needed. Accordingly, our project is to develop “consensus-building tool” and “platform” contributing to the town planning which can adapt various disaster. In detail, we construct database which includes data of inundation by flood and tsunami, fragility of structures, evacuation, population projections and law related with disaster and can be freely and conveniently accessed from outside. The urban planning which can adapt disaster is big challenges not only in Japan but also in overseas. We try to construct the “platform” that can be applied to all over the world.

Purpose of the Project