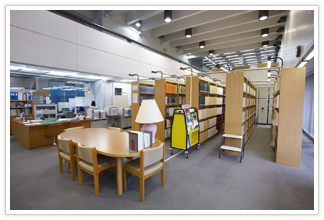 The Chuo University Library International Documents Room houses and publicly displays over 27,000 documents relating to international organizations for active use in research and education.

In 1979, the Library was designated as an EC Documentation Centre and a GATT Depository Library. In 1994 it was also designated as a United Nations Depository Library by the UN, the 13th such library in Japan. The latter designation prompted to gather all documentation relating to international organizations already collected throughout the University and to make it accessible to the general public as well. This led to the establishment of the International Documents Room in the Central Library.

At present the following documents are collected and stored for active use in research and education: