Skills for the global battlefield 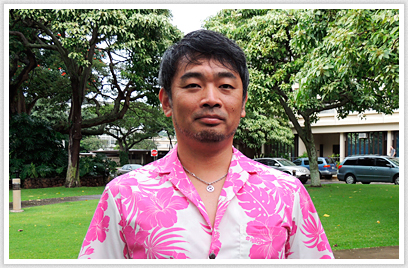 After finishing high school, Itagoshi traveled by himself to the U.S. in 1988. He went from having no money, no connections and no English skills to establishing an online advertising agency, Itasho America, in New Jersey in 1995. In November of the same year, he launched a publishing company, IS Publications, in New York, and in 1996, he acquired iMMERS, a company founded with the aim of planning and developing content online, thanks to the capital participation of Toppan Printing. Riding the wave of the dawning Internet age, he became fully involved in the IT business.

In 1999, he amassed 7.4 million dollars in investments from venture capital and companies like Itochu Corporation. As a shrewd entrepreneur, he almost became the youngest Japanese person to take a company public on the NASDAQ. Unfortunately, however, his companies went bankrupt when the Internet bubble burst and harmful rumors spread after 9/11. After seven years of ups and downs, he pulled himself out of the depths of despair and re-launched his businesses.

If you look on the Internet, you can find a lot of information on past incidents from Itagoshi's life, his activities and background. Through these experiences, he learned a lot from his mistakes, and have now gained extensive management and legal knowledge as a management consultant. Why would someone like him continue his studies at Chuo University? His story give us a glimpse of what it takes to become a global professional.

After spending three years during junior high as a member of Johnny’s Jr., the Japanese popular junior idol group, I wanted to become a regular high school student. However, despite entering my first choice of high school after three months of intensive study, I stopped studying and failed the college entrance exams as a result. I made up my mind to study in the United States, after earning one million yen in three months by working hard in the motorcycle express courier business.

Wanting to do something big, I quickly gave up on pursuing my career in Japan as I thought it was unlikely to succeed in the country. I headed to the U.S. on my own with the money I had made. After attending a language school for nine months and scoring 500 on the TOEFL, I entered the University of South Carolina. When I ran out of tuition money, I returned to Japan to save up another million yen in three months as a motorcycle courier, repeating the process several times. I participated in short study abroad programs to Eastern Europe and Russia, where university credits were cheaper and easier to earn, and graduated from the university in four years by transferring the credits. After graduating, I received an offer from a government agency, but I was sure that was not the right path at that time. Instead, I went for a job at a newspaper company in New York. Although I wanted to work in the editing department, I was placed in the advertising sales section. I enjoyed placing ads for the paper and before I knew it I became the company’s top salesman in three months.

The following year, 1995, was the year the Internet took off. Many web-based companies such as Yahoo! and Amazon started up. At the age of 26, I started my own company and became a billionaire. At the age of 30, I published an autobiography.

Have faith even after times of failure

At the age of 33, when my businesses were taking off and I was on the verge of becoming the youngest Japanese person to have my company listed on the American stock exchange, my fortune took a sudden plunge. In 2000, the dot-com bubble started to collapse, followed by the unforgettable attacks on September 11, 2001.

My company was right under the shadow of the World Trade Center buildings. Fortunately, the building escaped harm, but investments in companies connected to New York declined after that day. Unexpected harmful rumors spread, just as I was helping to create an anime boom that had started a few years before, and attracting Japanese companies like Book Off to the U.S.

The next seven years were difficult ones. I was saddled with hundreds of millions in personal debt and had to apologize to many people who were inconvenienced as a result.

I managed to make a comeback and pay off the hundreds of millions in debt by creating a free newspaper, planning events, and selling cartoon character merchandise in New York.

That is when I was hit by an intense urge to study.

At precisely that time, I heard that Chuo University was opening a business school from the former chairman of the company Brother International whom I was working with in consulting. After receiving a scholarship, I entered the school with the second batch of students. I had a great time once I started studying. During my time as a student, I made 20 round trips between New York and Japan over a two year period and managed to graduate. Then I met Professor Ohashi, Dean of the Graduate School of Policy Studies, who invited me to study further, and I decided to continue on for PhD. While writing my thesis, I turned it into a book (Are Japanese Anime and Manga Actually Profitable? [Kekkyoku, Nihon no Anime, Manga wa Mōkatteiru no ka?] (2013)). The book review was published in The Nikkei, and it sold relatively well.
Is Japanese anime really making a profit?

I strongly feel that the cultural diplomacy of "Cool Japan" is the growth strategy that will sustain the Japanese economy in the future. Afterall, I have lived abroad for 26 years, and have been consulting Japanese companies and artists on how to break into the U.S. market for a living.

My strong desire to research about media is how I became reconnected with Chuo University. 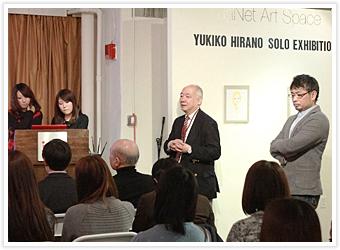 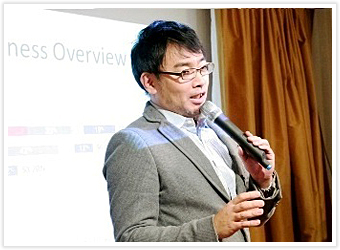 I have lived in the U.S. since I finished high school, so I had a complex about doing business in Japan.

In the U.S., people are not taken seriously if you don't have a degree. I feel this way especially because I make my living as a consultant and meet certain types of people through work. In any case, someone who has no roots is not regarded as someone who is "global." People will not trust those who don't know their roots. Everything opens up once you can sufficiently prove you have those credentials.

There are Japanese people who complain about Japan, but that does not win people's trust. To succeed overseas, you must have a firm ground, be proud of your roots, and be able to tell people so.

This is why I decided to pursue my studies in Japan rather than in the U.S.

This was where my Japanese identity lay—the identity I needed for my international role.

Mr. Itagoshi was born in Tokyo in 1968. He was a member of Johnny’s Jr., a popular Japanese idle group during junior high. After finishing high school, he saved up money to study abroad as a motorcycle courier and traveled on his own to the U.S. in 1988. He received a B.A. in International Politics from the University of South Carolina. In 1995, he founded an advertising company. He eventually ran seven different companies, but they went bankrupt in the aftermath of 9/11. He currently runs a consulting company for businesses expanding into the U.S. and operates JaNet Hall as the founder of JaNet, the largest non-profit network of Japanese people living in New York. In 2011, he made 20 round trips between the U.S. and Japan and completed his MBA at the Chuo Graduate School of Strategic Management. He is now pursuing a PhD in the Graduate School of Policy Studies at Chuo University. He is a member of the Liaison Council for Overseas Safety of the Consulate-General of Japan in New York , as well as a member of the Board of Directors for the Sakamoto Ryoma Foundation. He is the author of Are Japanese Anime and Manga Actually Profitable? [Kekkyoku, Nihon no Anime, Manga wa Mōkatteiru no ka?], among many other publications.