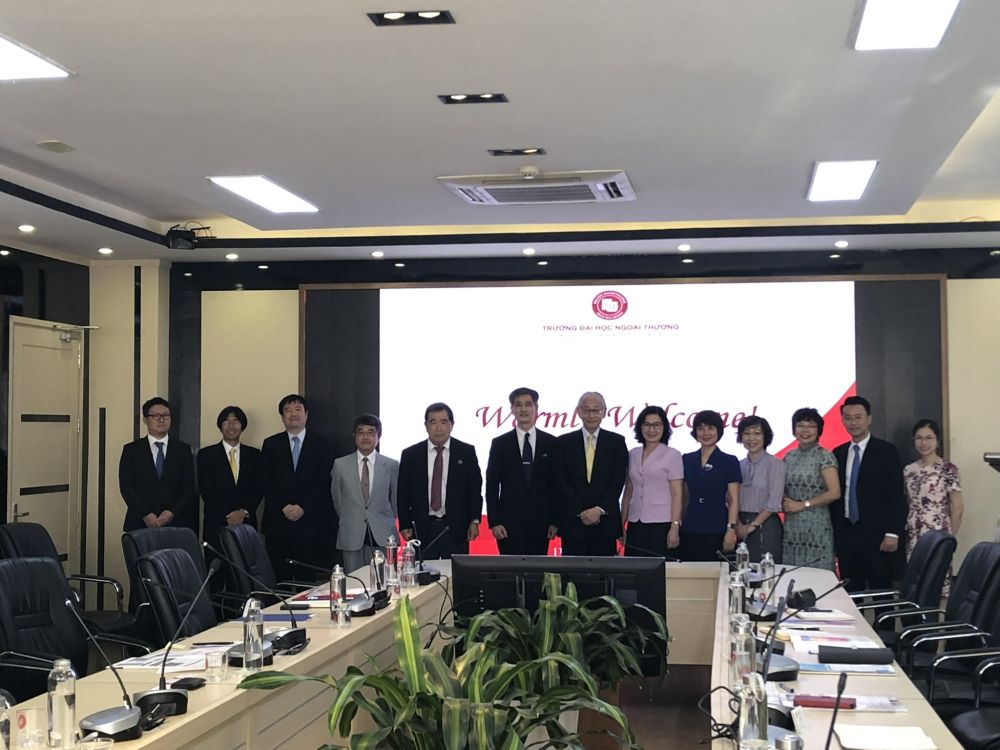 Foreign Trade University (FTU) is a social sciences university with seventy percent female students. It was noted that Professor Emeritus Yoshiaki Takahashi of the Faculty of Commerce previously conducted lectures in the Japanese language department. Chair Thuy pointed out that courses related to AI and data science at Chuo would help the curriculum of FTU’s newly created department. In addition, the Director of the FTU International Center, Cao Dinh Kien, said that he would like to develop not only student exchange, but also faculty exchange in the future. In response, Vice President and Director of the Chuo International Center, Professor Shirai, said that he would like to consider the possibilities of student exchanges other than semester-based, such as short-term study programs. Following these remarks there was an active exchange of views from both universities and participants confirmed the possibilities of further strengthening mutual cooperation. 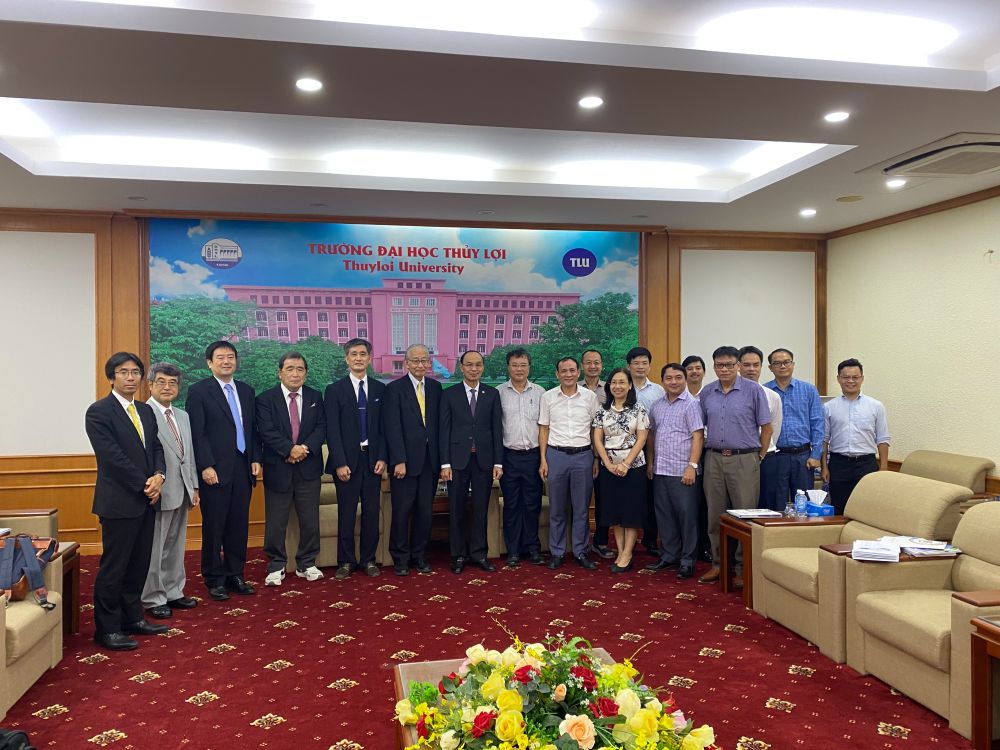 The Chuo group then visited Thuy Loi University, a partner of Chuo’s Faculty of Science and Engineering since 2012, and met with President Thu, the University Vice President, and six other professors of Thuy Loi University. President Thu welcomed the Chuo delegation, noting the valuable outcomes of joint water-environment research with Chuo, and expectations for further positive outcomes from future joint research. In response, Executive Director Ishii added that the cooperation on water-resource research between the two universities would support development in Vietnam and Japan, and Asia.