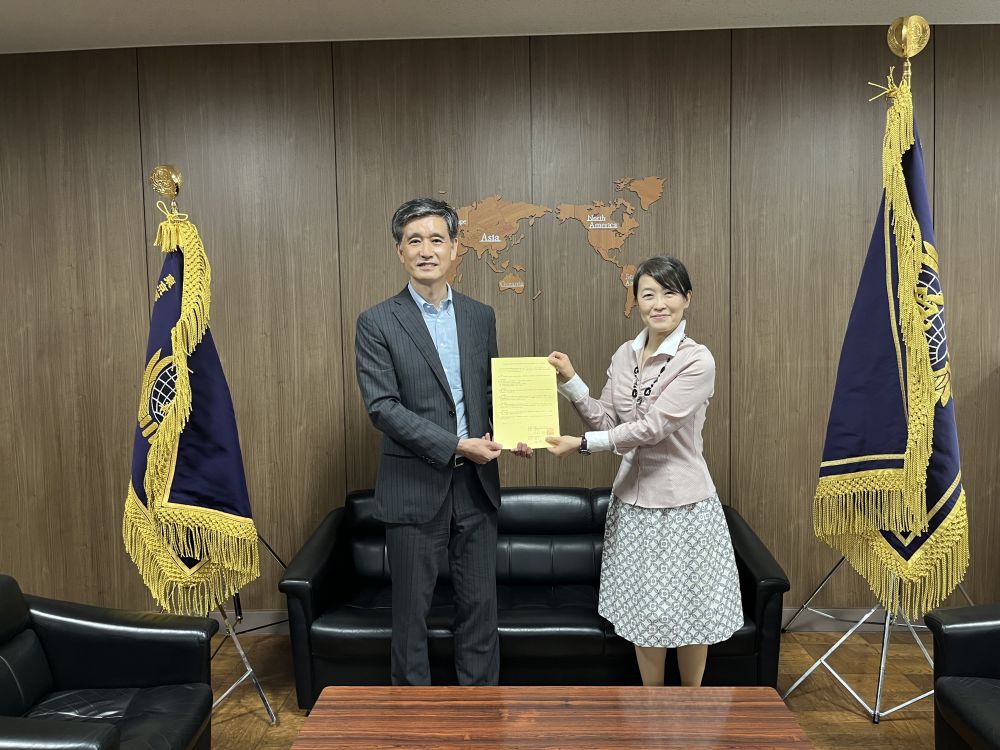 Tokyo Metropolitan Elementary School attached to Tachikawa Kokusai Secondary Education School is the Japan’s first public P-12 school (prekindergarten through grade 12 education) opened in April 2022. The relationship between the International Center and the school has become stronger since a request for cooperation in second foreign language program was made from the school in 2020. The request was to send international students from Chuo University as lecturers for the classes held in the curriculum called Multilingual Studies I. Korean, Chinese, German, Spanish, French and Arabic are taught in the classes.

The International Center readily agreed to the request, considering it as a perfect opportunity for international students at Chuo University to be more active. As a result, it was decided that international students will be sent to the Korean, Chinese, and French classes from AY2022 to give two 45-minute lessons in each language based on the theme of each grade.

The first lesson given by our international students was held on May 13 for the first graders. The International Center selected two Korean students of the Faculty of Law as lecturers, and the lesson content was developed with great effort through exchanging opinions between the lecturers, the class teachers of the elementary school, and the staff members of the International Center. The lesson theme was “games and plays in Korea.” For the two classes, each Korean student gave a lesson introducing Korean greetings, traditional costumes, food culture, etc., as well as origami and games using numbers, which they were familiar with in elementary school. During the lesson, the school children showed strong interest in the Korean language and culture, and they did not stop asking questions even after the class time had passed. Not only for the school children, but also for the Korean students, it became a meaningful time to look back on their own culture, and to think about how to make it understandable for elementary school children. It also became a valuable opportunity for them to interact with Japanese school children. At the visit the following week, many school children surrounded the Korean students even before the class started, and they greeted them in Korean, which they had just learned, with full of smiles.

Subsequently, lessons on games and plays in China was held by two Chinese students on June 9 and July 7 using some Chinese. We plan to cooperate with French classes in the fall semester.

For the time being, we plan to cooperate in sending international students to the second foreign language program, but in the future, through the conclusion of this Agreement, we are also looking to expand collaboration and exchange by utilizing the resources of the entire university, such as athletic instruction by students of the Association of Sports Clubs, introduction of Japanese culture by students of the Association of Cultural Clubs, various classes such as programming and science and engineering experiments, events of the elementary school using our university facilities, and campus tours, etc.

Through these activities, we hope to play a part in contributing to the community, as well as to increase the presence of our university among the children themselves and their educationally conscious parents who are sending their children to P-12 school. Furthermore, by providing opportunities for social contribution activities not only for international students but also for a wide range of Chuo University students, we expect to develop the potential of our students.