How Will We Use Data? Seeking a New Method of Decision-Making 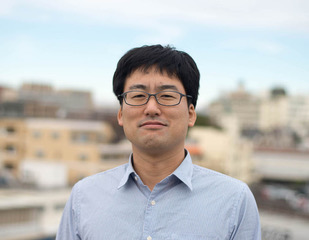 How will we use data and information?

Not a day goes by without seeing the words "AI" and "data science." Under these circumstances, it goes without saying that modern society generates an enormous amount of data. In addition to the digitization of various systems, most people constantly carry a device connected to the Internet and record their lives on the Internet without being asked to do so. As a result, we are steadily accumulating data that records every movement in society. Of course, even though such data is being accumulated, there are still many issues; for example, the data is not stored in an easy-to-use format, or not made public in a format that can be used by anyone. Even so, it is a fact that the trend of digitization is progressing steadily throughout our world.

Decision-making is the process of making decisions about system operation, design, and measures based on the acquired information. My recent awareness of the problem is that the evolution of decision-making methods has not caught up with the speed of developing methods of acquiring information. In this article, I would like to briefly introduce a method called adaptive optimization, which I have been working on for the past few years based on my awareness of this problem.

Mathematical optimization is an important tool for decision-making, but it can seem insufficient when trying to utilize diverse information. For example, instead of returning a single definitive prediction, many machine learning algorithms will output the probability distribution of the prediction result. In other words, the results will be something like "it will take 20 minutes with probability 80% and 30 minutes with probability 20% via this route." In fact, Google Maps, which is likely used by many readers of this article, returns three types of predictions (pessimistic, normal, and optimistic) when asked for the travel time between two points via the API. It is difficult to utilize this kind of information in the conventional framework of mathematical optimization. 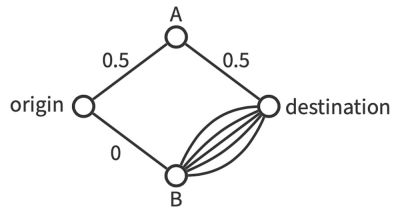 Of course, some people may say that such a strategy in unfair. This all depends on whether you are allowed to make such observations during your optimization. Adaptive optimization aims to realize more efficient optimization by utilizing such features under the condition that probabilistic events can be observed at the execution stage of the algorithm.

He is engaged in research on information engineering, especially theories of discrete algorithms and their application to decision-making.