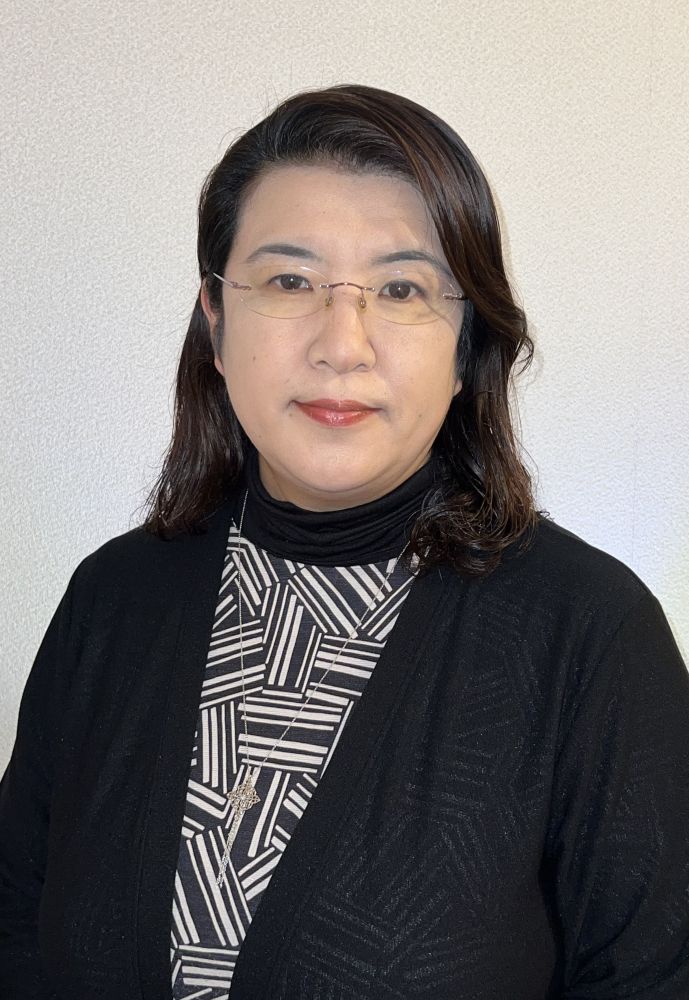 1. What is Xi Jinping Thought?

The 20th National Congress of the Chinese Communist Party was held and the related news attracted attention even in the Japanese media. The Congress of the Chinese Communist Party is held once every five years as an occasion for announcing personnel matters, important policies, and revisions to the party constitution. Now that General Secretary Xi Jinping has broken with established conventions and been inaugurated for his third term in power, there are growing concerns among the international community regarding the future prospects for China as authoritarian rule would continue and control of thought and speech would be further tightened.

Now, what exactly is Xi Jinping Thought? In my understanding, it can be rephrased as new age thought or strong country thought. The Chinese Communist Party has set the political goal of building a great modern socialist country by 2049, which will be the 100th anniversary of the founding of the People's Republic of China. Specifically, the goal is defined as realizing a prosperous, democratic, culturally advanced, harmonious, beautiful and great modern socialist country, with strong country as an important phrase. In promoting Chinese-style modernization, policies aimed at becoming a strong country have been proposed in various fields, including political power, economic power, military power, cultural power, scientific and technological power, space power, and ecological civilization power. The essence of Xi Jinping Thought can be said to be strong country thought.

2. Ideological education as seen from textbooks

2021 marked the 100th anniversary of the founding of the Chinese Communist Party, and new policies for school education and home education were implemented one after another. A symbolic example was the publication of a textbook titled "Xi Jinping Thought on Socialism with Chinese Characteristics for a New Era: For Students" for use in the new semester starting in September. This textbook is now used in a compulsory class that is held once per week from elementary school to high school.

I ordered four textbooks from China : one used for lower grades of elementary school, one for upper grades of elementary school, one for junior high school, and one for high school. I continue to analyze the actual situation of ideological education based on the textbooks. As part of classes which I teach for junior and senior students studying in the Department of Chinese Studies of the Faculty of Letters, I give a class (equivalent to a seminar) entitled "Practical Exercises in Modern Chinese Thought." In this class, I tried a new activity in which I cooperate with my students to translate the said textbook for lower grades of elementary school, and then engage in repeated discussion regarding the content. The textbook, which makes extensive use of color illustrations and photographs, also incorporates elements of active learning. By studying this textbook, we can learn about a portion of ideological education in China; specifically, how elementary school students study Xi Jinping Thought.

Now, let's examine specific statements made in the textbooks. For example, General Secretary Xi Jinping made the following statement at the 2018 National Propaganda and Ideology Work Conference: "We must grasp the key period for the formation and establishment of values of adolescents, and ensure that adolescents properly fasten the first button in preparation for their lives." In a textbook for the lower grades of elementary school, there is a section entitled "Properly Fastening the First Button in Life." Also, to ensure that the concept is easy to understand for elementary school students, there is an illustration with the comment that "failure to properly fasten the first button of your clothes will result in a sloppy and poor appearance." 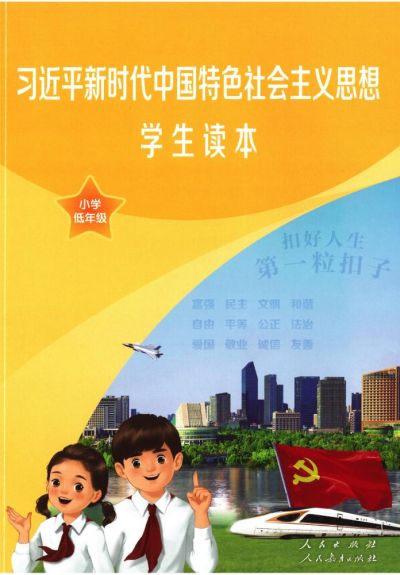 Prior to the publication of Xi Jinping Thought : For Students, guidelines for textbooks were announced by an administrative department of the Chinese government; specifically, the Department of National Textbooks in the Ministry of Education. It should be pointed out that the Department makes the following statement in regard to the importance of ideological education for adolescents : "It is of great significance to listen to the Party, to aspire to walk together with the Party, and to form a correct worldview, outlook on life, and values."

3. In order to understand different values

Now, what is the correct worldview, outlook on life, and values emphasized by the Xi Jinping administration in ideological education? What exactly is meant by "correct?" In to decipher the actual situation of Chinese society, it is necessary to deepen understanding of different values, rather than engaging in one-sided evaluation.

Political slogans are often seen on the streets in China. The core socialist values can be seen everywhere, including highways, train stations, airports, downtown areas, university campuses, and bulletin boards in residential areas. 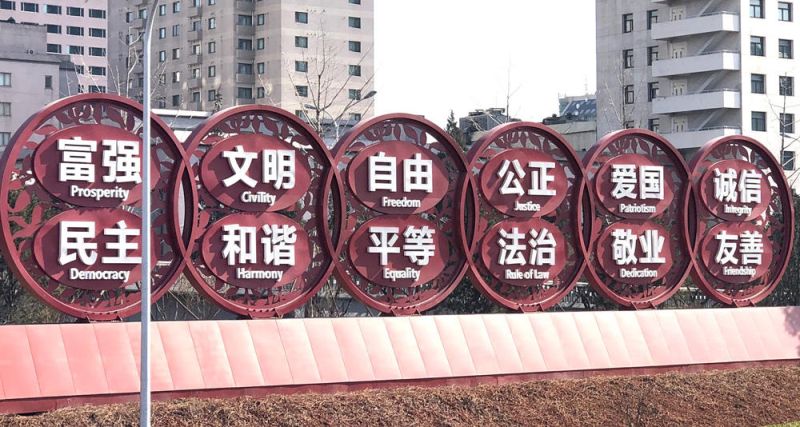 Photo 3 : A slogan of the core socialist values in the streets of Beijing
(photographed by the author in 2019)

When looking at the individual keywords, democracy, freedom, equality, and rule of law catch the eye. These appear to be universal values in the international community. However, these are values as defined by the Chinese Communist Party. Even though the word of democracy is written using the same characters as in the Japanese language, it has a different meaning. When considering the core socialist values, we must pay attention to their preconditions. In other words, it is the preamble that defines the categories of "National values," "Social values," and "Individual values." There is a hierarchy with the nation at the top, followed by society and then the individual. The highest priority is given to the top-ranking guidance from the Chinese Communist Party.

The Chinese Communist Party's thorough ideological education and stricter control over speech are aimed at proving the legitimacy of the current system of government and ensuring the sustainability of one-party rule. However, in reality, Chinese society is becoming more complex, and people's values are diversifying. While education based on Xi Jinping Thought is being thoroughly implemented, some students may study hard and develop loyalty to the Party, but others may just consider it as another subject to memorize for tests. There is a saying in China that "for every measure from above, there will be a countermeasure from below." This saying shows how some people may appear outwardly obedient to power but are actually inwardly dissident. Those people live stubborn and strong lives. In fact, centralized control by the Party and the pluralization of society are at odds with each other, and it can be said that the Party is attempting to strengthen control over thought and speech precisely because society is becoming more complex.

4. How should we face China?

This year marks the 50th anniversary of the normalization of diplomatic relations between Japan and China in 1972. The question of how Japan should view China and how it should face China is an extremely important issue for our country.

While continuing my research on contemporary Chinese society, I have recently become introspective regarding use of the appellative "China." To give an easy-to-understand example, when I speak in front of students in class by saying "China is" or "In China," I try to be careful when using the term of China and give as detailed explanations as possible. For example, when I introduce that some university students in China want to become a member of the Chinese Communist Party because it is advantageous for them to get a job, it is necessary for me to introduce specific information such as when and where this statement was made in China. If it is an episode of which I personally heard, I must introduce exactly how I heard the information and the background of the person from which I heard it. I fear that using catch-all phrases such as "In China" may cause misunderstandings regarding the realities of Chinese society.

China researchers often use a parable "The mediocre cannot comprehend the great" for self-admonition. This is a parable in which each blind man feels a different part of the elephant's body, and then describes the essence of an elephant based on what they have touched. For example, the image of an elephant which you create will be completely different if you close your eyes and touch an elephant's ears, nose, or legs. A similar version of this parable exists in China. Indeed, Japan and China seem to share a common criticism of guessing the whole by looking only at a part.

Regarding the big question of how to face China, I believe that, first of all, in order to carefully decipher the catch-all term of China, we must give the effort and perseverance to continue empirical research.

Junko Oikawa was born in Tokyo. In 2010, she completed the Doctoral Program in the Graduate School of Social and Cultural Studies, Nihon University and obtained a Ph.D. in social and cultural studies. She served as a MOFA researcher at diplomatic establishments (Embassy of Japan in China), a Full-Time Lecturer in the College of Global Communication, J. F. Oberlin University, and a lecturer on the NHK radio course entitled Omotenashi no Chugokugo (Chinese Language for Hospitality). She assumed her current position in 2018.

Her areas of expertise are contemporary Chinese society and political & social thought. She continues research on understanding modern China with a focus on the space of speech.

Her major written works include Space of Speech and Political Culture in Modern China: Formation and Transformation of the Li Rui Network, (Ochanomizu Shobo, 2012), Tiananmen Square Incident and 1989: How to Face the Xi Jinping Empire, (co-written and co-edited, Hakusuisha Publishing, 2019), Welcome to the Chinese World, (in charge of writing the section on “Society,” Showado, 2022), and more.