Pursuing a deeper knowledge of Japanese Literature at Graduate School 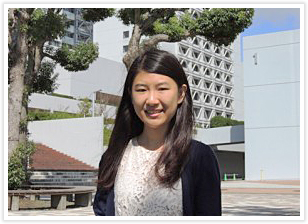 Faculty of Letters, Department of Japanese Literature (exchange program from April to September 2013)

I had the chance of visiting Japan with my family when I was in middle school. I was struck by the beauty of the country and the kindness of the people. Since then, I grew up with a great admiration for Japan and studied the language as a hobby. I entered the University of Shanghai for Science and Technology knowing that they had a department for Japanese studies. In my second year the Japan Culture Exchange Center was established, and I actively participated in many events.

Last year, I was at Okayama University on a short-term exchange program for 2 weeks. After winning in an essay contest sponsored by Kikkoman where students from 5 universities in Shanghai participated, I was invited to Japan to visit the company’s headquarters in Chiba and meet their newly recruited employees.

After so much positive exposure in the country, I strongly felt that I wanted to study in Japan for a long time. I decided to join the exchange program at Chuo University after hearing from my professor at the Japan Culture Exchange Center that Chuo has a solid focus on international exchange, there are many international students from around the globe, and the location is highly recommended.

I chose the Department of Japanese Literature since my mother and sister’s jobs are both related to literature, and I wanted to pursue one of my strengths which was writing. At my university in Shanghai, I began by studying the basics such as the history of Japanese literature. I learned that there is a genre called I-Novel in modern Japanese literature which is represented by major authors such as Naoya Shiga. It is said that I-Novels developed in Japan as naturalist literature was introduced from the western nations, however there is no such genre in China. I thought that recent author Nanae Aoyama portrays the current world of the young generation very well in her novel, “Hitori biyori.”

At Chuo, I belong to Sputnik which is a group of students who aim to interact with international exchange students. We hold various activities and events, such as cooking Japanese cuisine, which has helped me make many friends here.

After my program ends in September, I plan to stay in Japan to enter the graduate school at Chuo University and study period novel at Professor Reiko Seki’s research group. My dream is to translate and publish a Chinese version of Shuhei Fujisawa’s work which was introduced by my Japanese teacher at my university in Shanghai. 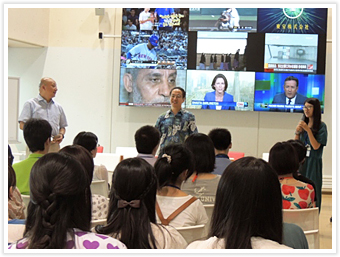 Interpreting for students visiting from Shanghai 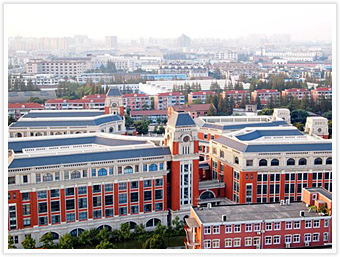